The Mountain of Hope Foundation is dedicated to furthering educational and employment opportunities in southern West Virginia. The non-profit corporation was formed on May 15, 2010 and is managed by an Advisory Board of Directors that is comprised of volunteers originally from Mt. Hope, W.Va. with representation from local businesses and churches. The president of the Foundation is the Reverend Charles McKenney. The Foundation's overall philosophy is grounded in 3 principles: 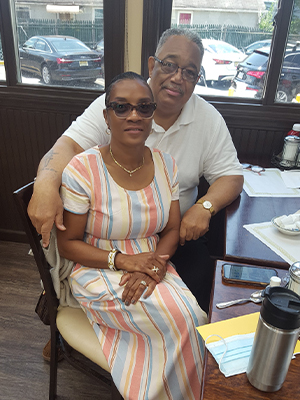 What a joy, what peace, what friends and then you top it off with true friendship love; that is how our organization and purpose was formed. I love what the Mountain of Hope Organization stands for, what the organization has done and will continue to do in the future.

"Remembering them all" with Siltix marker dedication 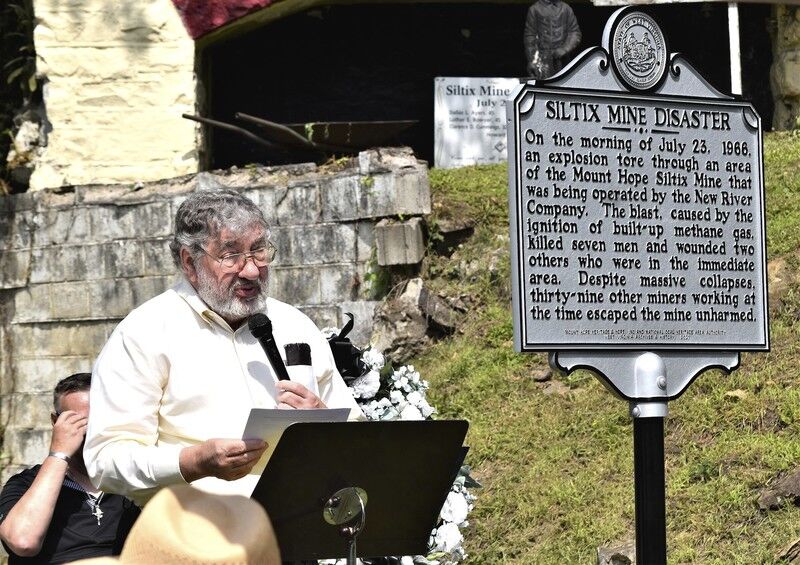 MOUNT HOPE — "I just want to begin by remembering them all," an emotional Jack Spadaro said at the outset of his remarks Friday at the 55th anniversary of the New River Company Siltix Mine explosion.
After that, he solemnly read aloud the names of the seven miners who perished on July 23, 1966:

What a joy, what peace, what friends and then you top it off with true friendship love; that is how our organization and purpose was formed. I love what the Mountain of Hope Organization stands for, what the organization has done and will continue to do in the future.

The M.O.H.O. has been working together on our founding principles for over a decade. The Mountain of Hope Organization brought back the love and friendship that was developed in our childhood days. This friendship was from grade school to junior high school and was sealed in high school and continues up until this very moment. It has demonstrated and proven to me that love is real and can conquer anything. The late Dr. Martin Luther King Jr. said, "Love is the only thing that can make your enemy your friend." If you believe and are willing to put your belief to work all things are possible. We are all believers in helping one another and others and on that principle the Mountain of Hope Organization was founded.

I personally want to thank all of our Board Directors for their love, loyalty and dedication to the organization. I would like to thank all our donors for their continual contributions every year. Also, to all our M.O.H.O members, thank you for your yearly membership fees.

MOUNT HOPE — "I just want to begin by remembering them all," an emotional Jack Spadaro said at the outset of his remarks Friday at the 55th anniversary of the New River Company Siltix Mine explosion.

After that, he solemnly read aloud the names of the seven miners who perished on July 23, 1966:

During a special ceremony Friday, a highway marker recognizing the disaster was unveiled.
"I was here on that day in 1966. I will always remember the faces of their wives and children, friends, brothers and sisters, and mothers and fathers while we waited at the entrance to the mine all those years ago," said Spadaro, a Mount Hope native who retired in 2004 as director of the National Mine Health and Safety Academy and has stayed active as a mine safety and health and environmental specialist in the subsequent years. "This was my home town.
"These were men who made their living in the mine that ran underneath our town, and they had family, friends and relatives who were my neighbors."
As a 17-year-old, Spadaro said he had just begun working as a trainee with the U.S. Bureau of Mines when the disaster occurred. "The memories of that day, July 23, 1966, have remained with me these past 55 years, and have driven me to do the work that I realized that day should be done."
In an investigation, the blast was found to be caused by the ignition of built-up methane gas. The seven miners died, and two others were injured while 39 others working in the mine at the time escaped unharmed. "The methane explosion that caused this tragedy could have been prevented if the company had provided sufficient flame safety lamps to miners and had ensured that adequate ventilation was supplied to the section of the mine where a continuous miner and shuttle car were being moved," said Spadaro.
Spadaro, whose career work has included helping investigate the Buffalo Creek mining disaster in West Virginia and the Martin County sludge spill in Kentucky, said the Siltix Mine explosion and the later Farmington Mine explosion in 1968, during which 78 miners lost their lives, helped prompt the U.S. Congress to enact the first comprehensive mine health and safety law in the United States — the Mine Health and Safety Act of 1969.
The act led to better regulations and enforcement by mine health and safety inspectors, Spadaro said, and "substantially reduced" the number of mine fatalities and injuries. "However, the hazards of mining and the risk miners take every day they go into a mine or associated processing plants are still with us, and we must continue to have an active and aggressive inspection program to ensure the health and safety of miners."
The lessons learned from the Siltix disaster were incorporated into federal law and regulations, Spadaro said. That included focus on minimum standards for ventilation of work places, more accurate equipment for measuring levels of methane and other gases, and stringent enforcement standards regarding inspections.
"Had these standards been in effect on July 23, 1966, these men would have lived to enjoy their families and live productive lives," Spadaro said. "I know that all of you here today are still grieving. The wives, children, brothers, sisters and now grandchildren and great-grandchildren of those men will continue to love them and to honor their memory. We can't ever forget them. I want to thank all of you and my dear friend, Brenda Troitino, and the Mount Hope Heritage and Hope organization for keeping their memory alive."
"With this unveiling, we wish to commemorate and honor all those who lost their life in this tragic event," said Thomas Brown, of Mount Hope Heritage and Hope. "It's with great pride that we honor these men and their families that have been and continue to be affected, and apologize for the 55 years that it took for this recognition to occur."
Family members and those who knew the perished miners shared their recollections at Friday's well-attended event, and several dignitaries delivered remarks.
The ceremony was sponsored by Mount Hope Heritage and Hope and the National Coal Heritage Area Authority, with cooperation from the City of Mount Hope, West Virginia Archives and History and the West Virginia Division of Highways. 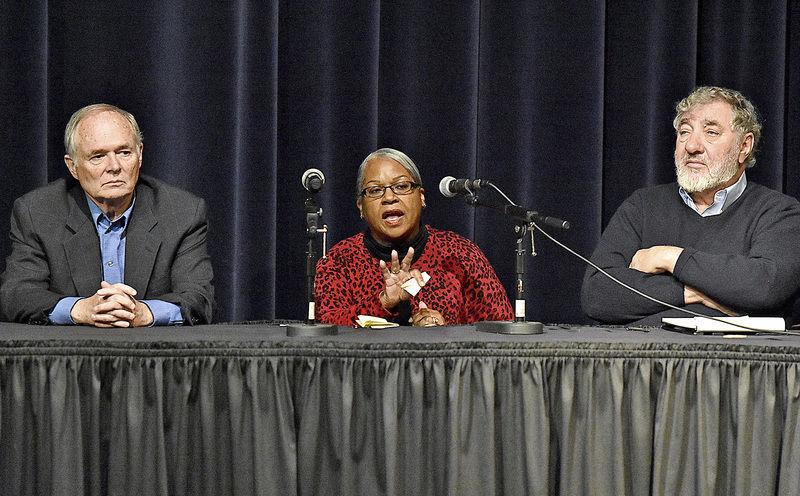 Mountain of Hope Program Explores the Past to Better the Future

On Sunday evening, members of the Mount Hope community and the interested public gathered in the Gov. Hulett C. Smith Theater at Tamarack to listen to a discussion about the southern West Virginia town's racial history. 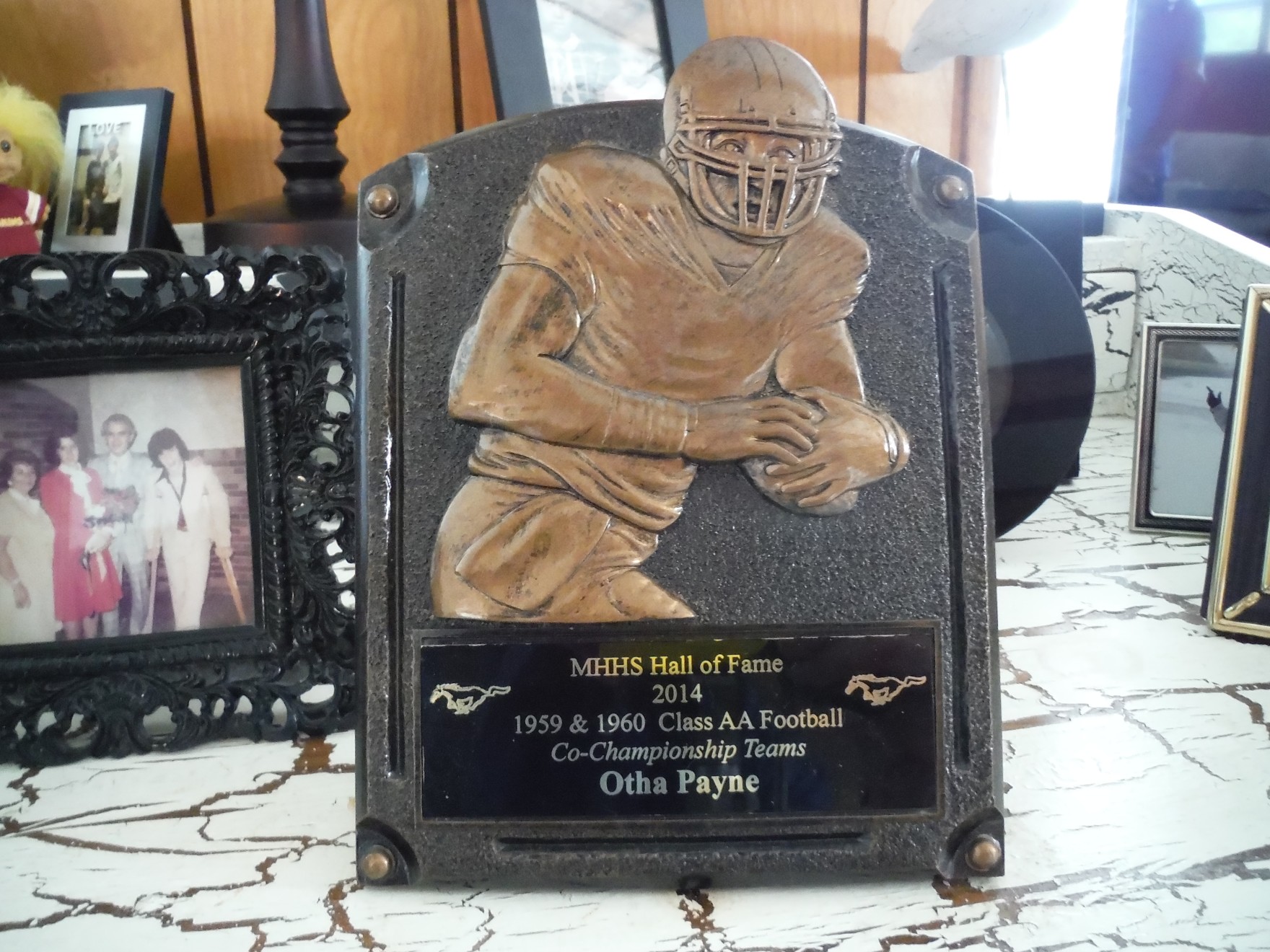 Football as a Catalyst for Change in Mount Hope, West Virginia

Acts of violence and protests resisting racial integration were features in many American communities in the 1950s and 60s. A tiny town in the coalfields of South Central West Virginia appears to have been a notable exception.

"We were told some of the students would not be coming back to Mount Hope. Some would be going to other schools in the county - Oak Hill High, Fayetteville," she said.

Football as a Catalyst for Change

Race and Class in WV Coalfields